Every day, billions of single-use plastic products such as straws, cups, and containers are used and discarded. While many of these products can be recycled, the reality is that most of them end up in landfills. This overabundance of discarded plastic is a global issue that has manufacturers racing to develop new, sustainable materials from renewable sources. One of these companies is LOLIWARE, a New York startup that is developing bio-renewable, biodegradable materials derived from seaweed.

Back in 2015, LOLIWARE pitched their idea for a seaweed-derived cup to the Shark Tank investors and walked away with Mark Cuban and Barbara Corcoran as financial backers. They’ve been hard at work ever since, developing new material formulations which require daily testing to track how each change impacts the mechanical properties of their product.

In addition to researching new materials they have also launched their first product, the LOLIWARE Straw. The LOLIWARE Straw is a sustainable, ocean-safe straw that lasts for hours instead of centuries and is made from 100% food grade materials – which means that if you really wanted to, you could eat it. They call it Hyper-compostable™, which means that it will break down at the same rate as food waste in compost or in a natural environment. In terms of use-life, the straw has been tested to withstand 18+ hours of continuous use and temperatures up to 180°F. 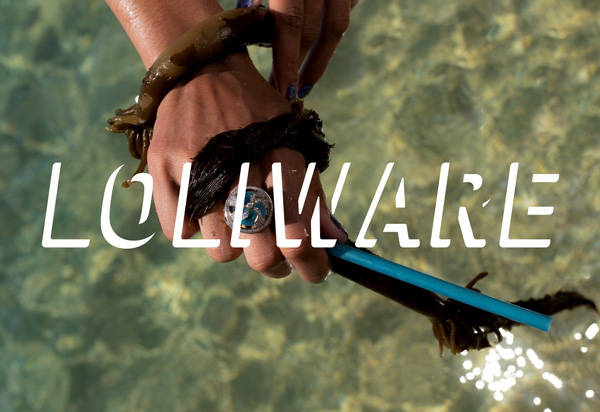 Since there are no specific standards discussing how to characterize seaweed-derived plastics, LOLIWARE has had to chart their own path when it comes to testing. Their solution was to use some of the relevant well-established ASTM standards as a framework, and then modify them to suit their application. Their testing includes performing tensile, 3-point bend, compression, and radial tests.

Seaweed as a plastic replacement is a brand new concept based on the idea of leveraging seaweed alginate, which has been used in biotechnology for a long time.

LOLIWARE calls seaweed the “miracle material” because of how quickly it grows without requiring any special care or significant agricultural effort. In fact, some species of seaweed can grow up to 3 meters per day. It also works as a carbon sequester, helping to remove carbon dioxide from the atmosphere.

Seaweed also has sourcing benefits; the ocean is a big place with largely untapped agricultural prospects. In comparison, plant and paper-based replacement materials rely on cultivated crops, which means they must compete in the agricultural space against industries producing food for people and livestock.

Developing a true replacement material for plastics is challenging on many fronts. For one, a whole manufacturing infrastructure is already scaled for producing single-use products using traditional polymers. LOLIWARE, along with many others in the plastic replacement industry, are developing their products with production in mind and making it as easy as possible for existing manufacturing equipment and processes to be used for their products. The second major challenge is that the final products must stand up to the expectations of the consumers, who are looking for the same level of performance they see when using standard single-use plastic products. To evaluate this, LOLIWARE relies on mechanical testing.

In January of this year (2021) LOLIWARE took the big step of opening their own R&D laboratory, where they are now able to test their new materials on their own 3400 Series universal testing system. Prior to this they worked with a contracted laboratory, which aside from being costly required them to send specimens out in batches and wait for a week or more to receive results. As a startup, being able to move quickly is a priority – so being able to perform their tests in-house is key to speeding up their development process. With the addition of a 3400 they are now able to see results immediately as they work toward developing new formulations. After all, for LOLIWARE the straw is just the beginning – the future is brimming with new applications just waiting to be discovered.

Learn more about LOLIWARE at www.loliware.com.