ASTM A938 and ISO 7800 measure the simple torsional properties of metallic wire. These standard perform a single direction twist to failure on wire specimens that can span many different materials and geometries. These tests determines the number of rotations until failure as well as the peak torque.

ASTM A938 and ISO 7800 testing is typically performed by producers of raw materials, specifically manufacturers of metal. These wires can be used in a wide variety of end products such as mattress springs, instrument strings, and metal cabling. Torsion is often a resultant force experienced by the material under normal loading conditions, meaning the maximum torque is essential to evaluate the safety of the product.

This test is best performed on a torsion testing system such as Instron's MT Series with Bluehill Universal software. Gripping solutions depend on the diameter and hardness of the material, and can range from collet grips for softer materials to chucks for harder materials. The jaw faces are recommended to have a hardness greater than 55 HRC. The axial preload system is required for maintaining the straightness of the wire during the test. 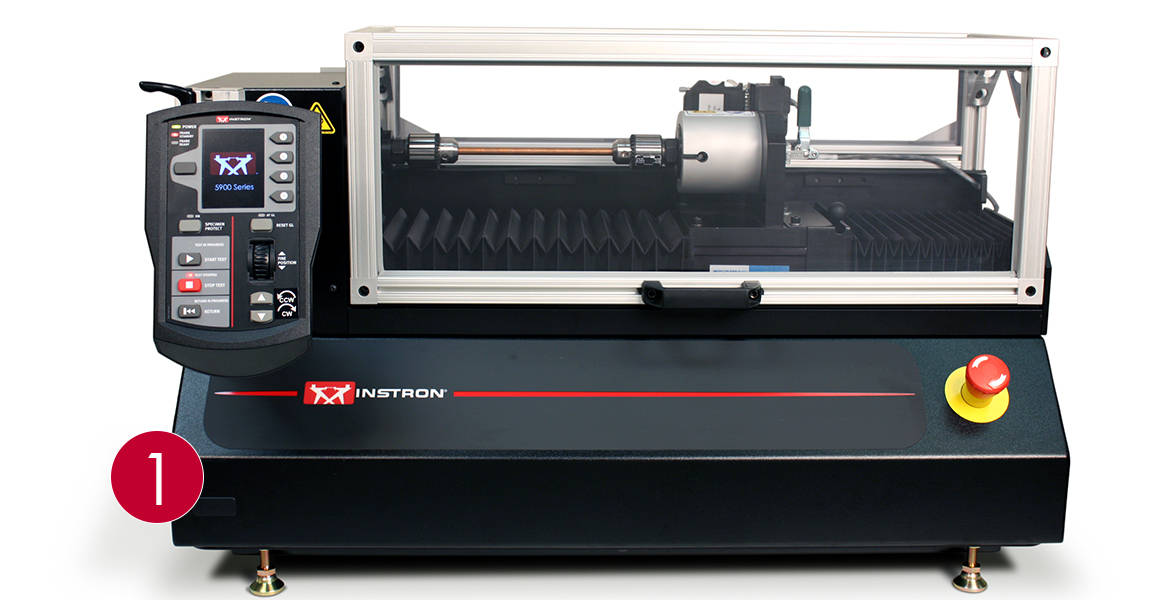 While the standard provides typical test speed ranges, it is important to be aware of the isothermal properties of the material. ASTM A938 explicitly states that it is critical to monitor the temperature of the wire while under test. If the testing increases the temperature above a specific threshold, the test speed should be lowered.