A Luer slip is a tapered cone that connects to a tapered cavity. A Luer lock contains a Luer slip fitting with threads that can be connected. Luer lock and Luer slip connections have historically been tested to ISO 594-1 and ISO 594-2. However, based on the rising concerns of accidental misconnection of small bore connectors, such as Luer locks, ISO 80369 was established in 2016. ISO 80369-20 addresses the general test methods, while ISO 80369-1 through 80369–7 specify the general requirements for different connectors. ISO 80369-7 replaces ISO 594 for connectors involved in intravascular and hypodermic applications. Of the eight testing annexes in the standard, the following are applicable to mechanical testing: ease of assembly of the connector, separation force of the connector, connector unscrewing torque, and resistance to overriding of the connector. 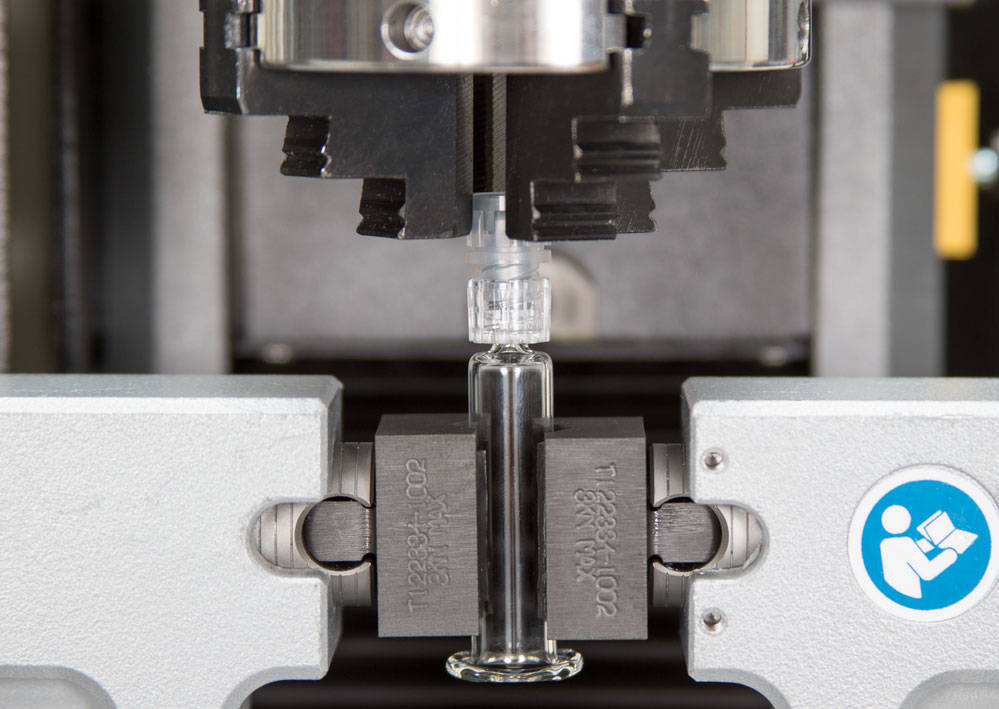 In order to perform all of the testing requirements specified in ISO 80369, a bi-axial testing system is required. We recommend using either a 6800 Series Universal Testing System with the Torsion Add-On, or the ElectroPuls™ E3000 Linear-Torsion Dynamic system. While ISO 80369 does not require fatigue testing on small bore medical connectors, the flexibility of the ElectroPuls enables users to easily expand on testing needs. Instron’s custom engineering team is available to provide adapters to mechanically connect various Luer fittings to 5900 and 6800 Series system fittings. The appropriate fitting must be checked dimensionally for quality using a calibrated gauge. Finally, given the small force and torque required to test small bore medical connectors, such as Luer locks, we recommend using a low force bi-axial load cell.