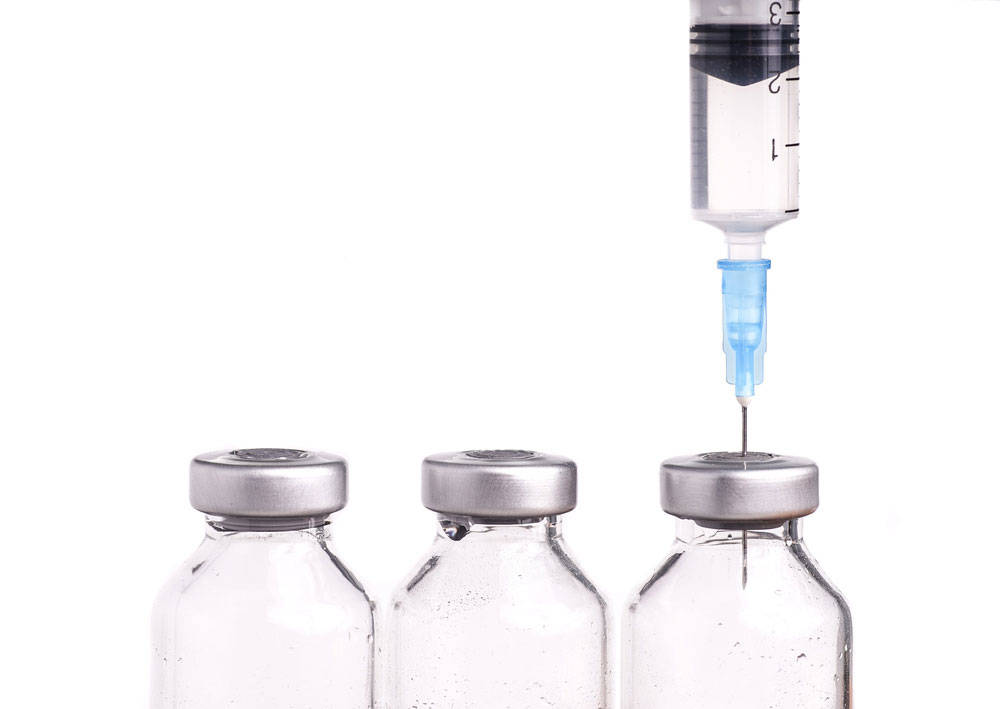 Parenteral products contained in a vial package require a robust seal to interface between the glass vial and the elastomeric closure to prevent contamination and product leakage. The seal consists of a rubber stopper and an aluminum cap that is crimped onto the vial with an initial force. Over time, this force declines due to the relaxation behavior of rubber, a decay of the force imposed by the cap, and various processing procedures. The force that the closure exerts against the vial after initial sealing is known as the residual seal force and it must be accurately measured by vial manufacturers. Automatic measurement of the residual seal force requires software capable of measuring the decline in load associated with the sealing process. 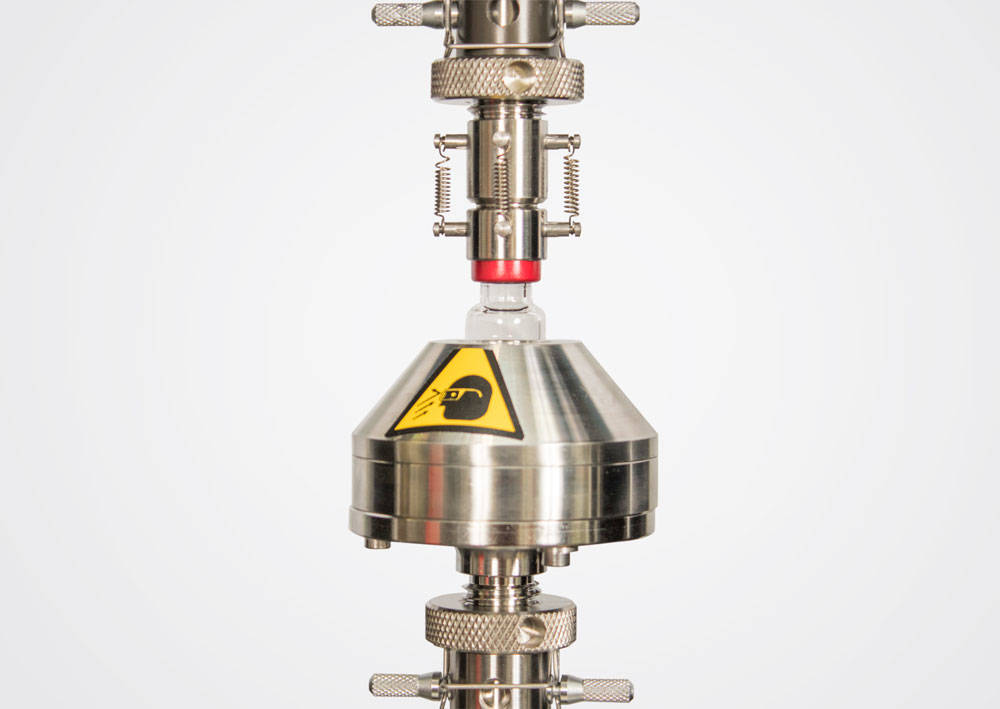 Instron® offers a specialized fixture designed to exert a compressive load around the edge of a vial until the lower lip of the aluminum cap breaks away and begins to move in a direction opposite to the loading. The top compressive fixture is spherically seated, which allows for self-pivoting in order to maintain near perfect alignment, even if the cap itself is misaligned. The force where the aluminum cap breaks away from the top and moves in the direction opposite to loading is visible in the software as a plateau seen in the graph. The residual seal force can be calculated using either a manual cursor select or an automatic calculation in Bluehill® Universal software.