Intrinsic Viscosity (I.V.) is a quantity related to the molecular weight of plastics and is typically monitored as a part of Quality Control procedures for materials like PET (poly-ethylene-terephthalate) and PA (poly-amides aka nylons). This is important since properties during processing and properties of the finished product show a significant dependence on it. Additionally, I.V. has some historical importance – it was defined in experimental Physics/Chemistry at the time of establishing the very existence of polymer molecules.

Even though the most common testing methods for I.V. imply the use of solvents (sometimes highly toxic), they are still used in the industry. The possibility of alternative methods has been investigated and several published papers exist on this subject.

Notably, intrinsic viscosity can be estimated by means of a correlation with melt flow rate (MFR) test results, and this has been implemented in the VisualMELT Software for melt flow testers.

As a starting point, the user still needs to measure I.V. by traditional procedures on a couple of reference samples. Then, in order to calibrate the correlation procedure, the MFR tests are carried out on the same samples. Given a series of samples with similar chemistry and composition, but having differences in the molecular weights, I.V. for each sample can be estimated by the software starting from the measured MFR value.

We were asked to test a series of PET samples by a company that produces and recycles packaging materials. The customer was already testing regular MFR, but was commissioning I.V. tests for each new batch to external laboratories.

The customer was experiencing inconsistent behavior of PET grades for injection molding that came from difference sources and the final product was sometimes affected by small bubbles on the surface. They were looking to resolve this issue by means of more frequent I.V. determinations. Some I.V. data were already available. To assist them, we performed MFR tests on several different samples: some from virgin material and some from recycled material of two different sources. We then utilized the software analysis that performs the empirical correlation.

Significant differences were consistently observed in the I.V. values estimated by the software for the different samples, demonstrating the possibility of discriminating between samples, and of indirectly predicting process behavior with an easy procedure. Interestingly, the required type of testing machine (melt flow tester) is already used by QC operators for standard MFR purposes, so the determination of I.V. with this method doesn’t require significant additional investment. 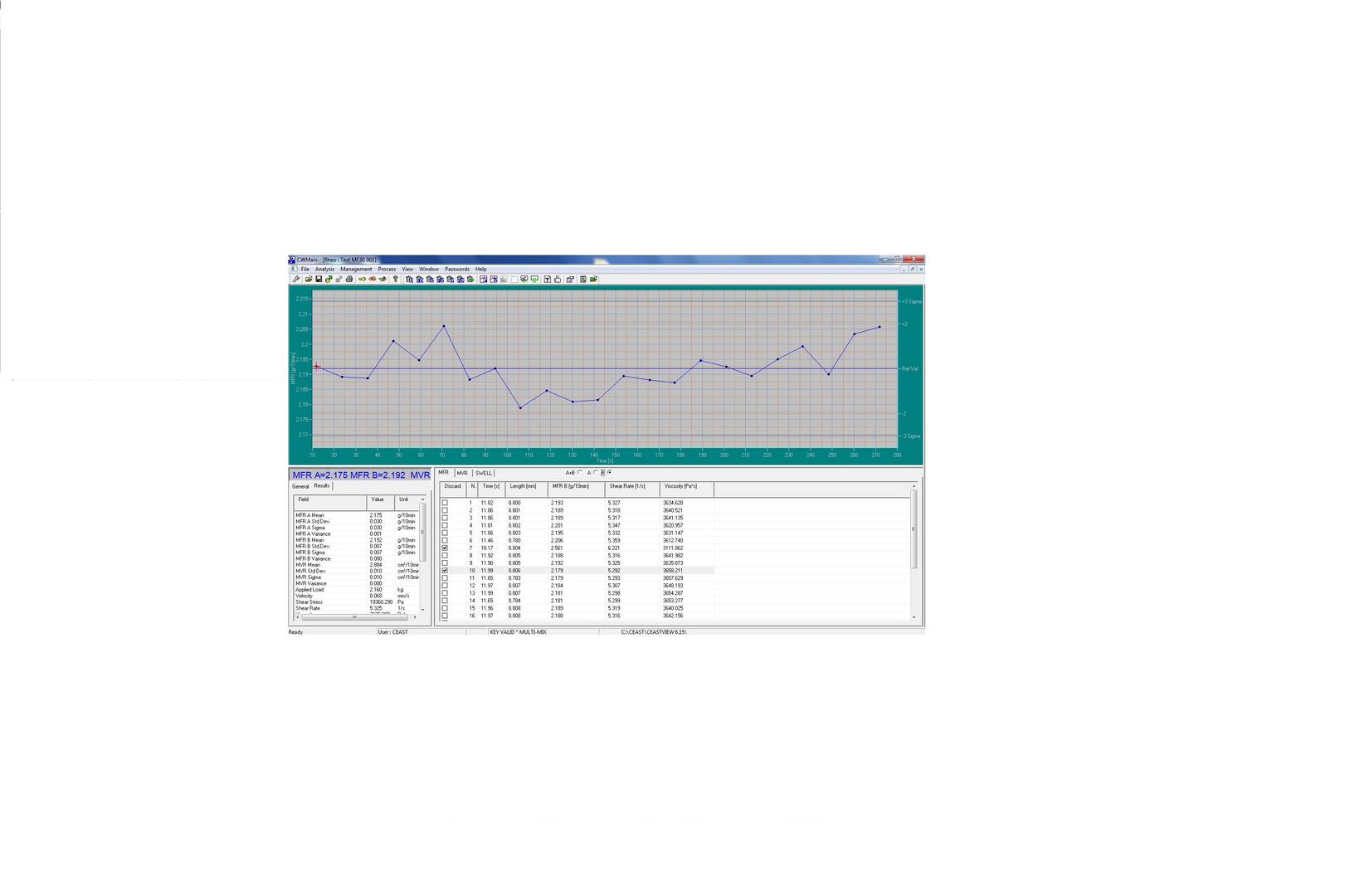