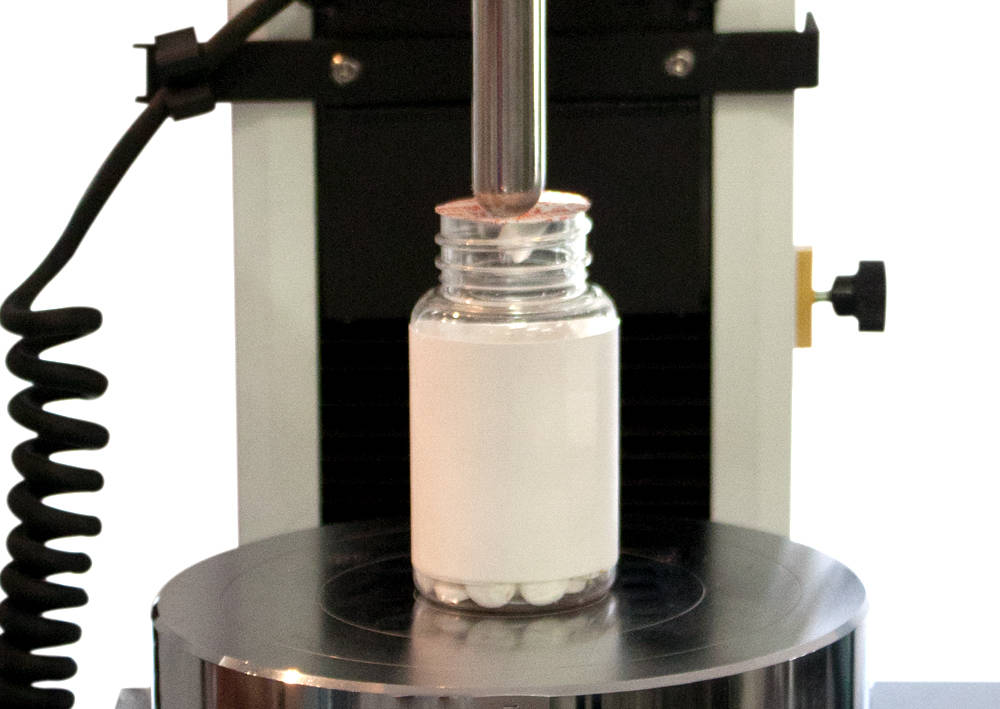 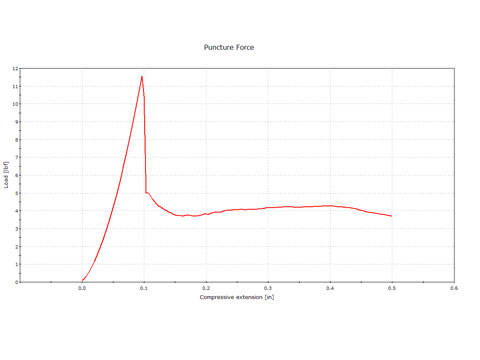 The Food and Drug Administration requires that many consumer goods, such as some over-the-counter pharmaceutical bottles, be sealed to protect drugs from bacteria, light, liquids, etc. This seal needs to be strong enough to protect the drug from harmful elements, but also needs to be easy to remove by the consumer. Many bottle seals contain a plastic or foil film over the opening that requires the consumer to puncture it with his or her finger. The force required to puncture the seal can be simulated with a compression test on an Instron Universal Testing System.

We used a 3345 frame with a 50 N load cell to perform puncture tests on bottle seals. The bottle can sit on a lower platen, with a rounded, or ball-end probe attached to the load cell. The rounded probe best simulates a human finger. The test was ran at 200 mm/min until the seal was penetrated completely. We recommend using Bluehill 3 Software for this application to collect graphical data and perform calculations such as maximum load or extension.