Offset yield strength is an arbitrary approximation of a material's elastic limit. It is the stress that corresponds to a point at the intersection of a stress-strain curve and a line which is parallel to a specified modulus of elasticity line. This parallel line is horizontally offset by a predetermined amount. The intersection point represents the yield point of the material being tested. The value of the offset (expressed as a percentage of strain) is arbitrarily defined by the material testing standard (ASTM or ISO) being used. The most common offset is 0.2%, but this can vary depending on the material. By the time the material reaches its offset yield point, it usually will have surpassed its elastic limit and experienced a small percentage of plastic strain approximately equivalent to the offset value. The testing industry has accepted this standardized approach as one method to determine the yield strength of materials that do not have an easily discernible yield point.

How is Offset Yield Strength Different from Elastic Limit?

How is Offset Yield Strength Different from Proportional Limit? 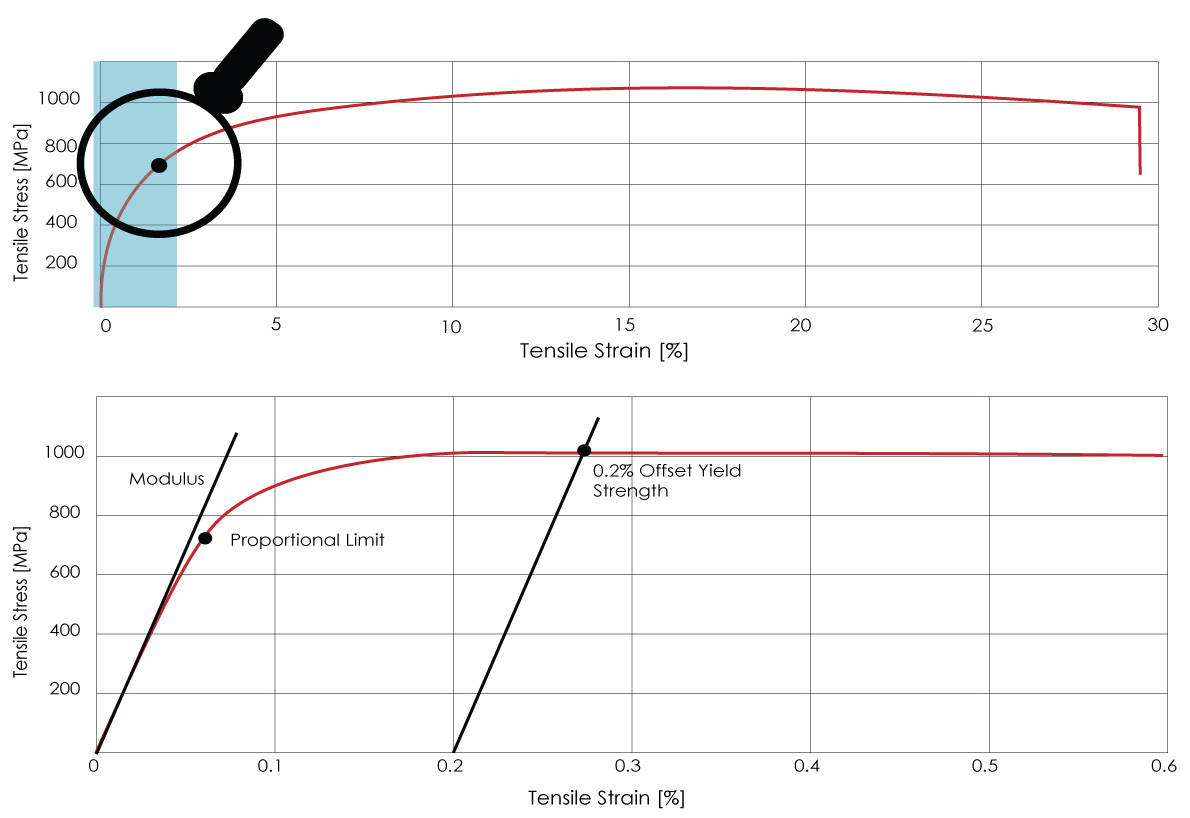