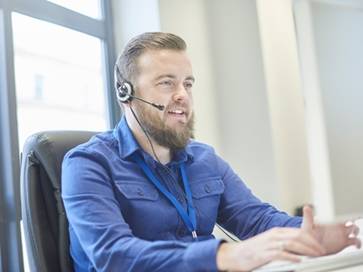 As Technical Support Manager at the Instron® corporate headquarters, I have answered my share of customer questions and hopefully brought more clarity to testing operators. Through this kind of customer exposure, my team and I are constantly taking note of feedback to make our products better. In particular, we receive calculation requests, discover bugs, and think of new features for our software products. As we develop and release software updates, many of these suggestions are added.

As anyone with a smartphone is aware, software developers are constantly improving their software with periodic updates for a variety of reasons.

Major phone companies release updates at least once a year, and in between the major updates, they push out smaller bug fixes and patches as flaws are inevitably found in the program, application, or operating system. This same idea applies with Bluehill® Software. No matter how much in-house testing is done, diverse customer feedback is always appreciated. Connecting with Technical Support is the most direct path for customers to have their voices heard by our engineers.

Furthermore, efficiency and safety are two major reasons that customers should continually update their software. New efficiency features are obvious sources of improved productivity. New safety features help to mitigate the inherent safety risks associated with materials testing. Operators should not have to sacrifice safety for efficiency, or vice versa. Taking advantage of software updates is an important step to test both safely and efficiently.

To demonstrate where software updates create new value, let’s look at our second generation non-contacting video extensometers. The AVE 2 and SVE 2—our latest non-contacting video extensometers—were released after Bluehill 3 Software was already in production. Due to this timing, the new extensometers are compatible with Bluehill Version 3.62 and above. As ongoing feedback was provided, extensive engineering work was done to continue to improve the capabilities of these extensometers. As a result, many additional improvements have been made since the release of Bluehill 3.62. Without current software updates, customers can miss out on important changes and improvements. 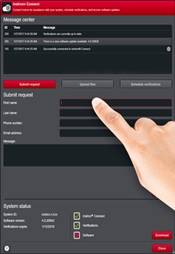 Instron Connect can greatly reduce troubleshooting time from start to finish. This next-generation service saves time, money, and headaches by removing the “noise” and allowing operators to get back to work sooner!