Instron Awarded by the United Way

We are proud to announce that our Community Connection Committee (C3) has been awarded the Campaign Coordinator Award for the fourth year in a row by the United Way of Tri-County. This honor is in recognition of a successful 2013 United Way Campaign to advance the local community through service and support. 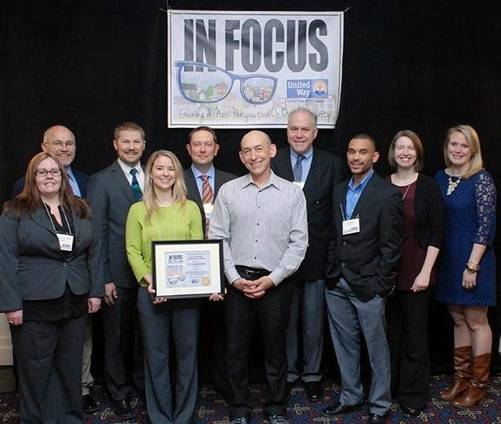 The Annual Recognition Event Breakfast was again marked with inspirational stories of courage and overcoming adversity. This year's Special Guest Speaker was Harry Gantz, Co-producer and Director of the film American Winter, a documentary shown on HBO. American Winter is a film that follows the personal stories of families struggling in the aftermath of the worst economic crisis since the Great Depression.