ASTM D575 is a testing standard used to determine the stiffness of rubber materials in compression. ASTM D575 allows rubber suppliers to characterize the stiffness of the material they produce to help downstream manufacturers source the correct material for their components. Data collected from ASTM D575 testing is important for applications that require elastomeric materials subjected to compressive stresses. One wide-ranging application is the sealant industry, as due to its ease of extrusion and flexible nature, rubber is commonly used material for sealants.

Depending on maximum expected forces, ASTM D575 is performed on a single column or dual column universal testing system such as Instron's 3400 and 6800 Series systems. This system setup requires a matching load cell and upper and lower platens with diameters larger than the diameter of the specimen. Platens should have rigid connections to the frame and load cell, and must be rated to a load capacity which exceeds forces generated during the test. 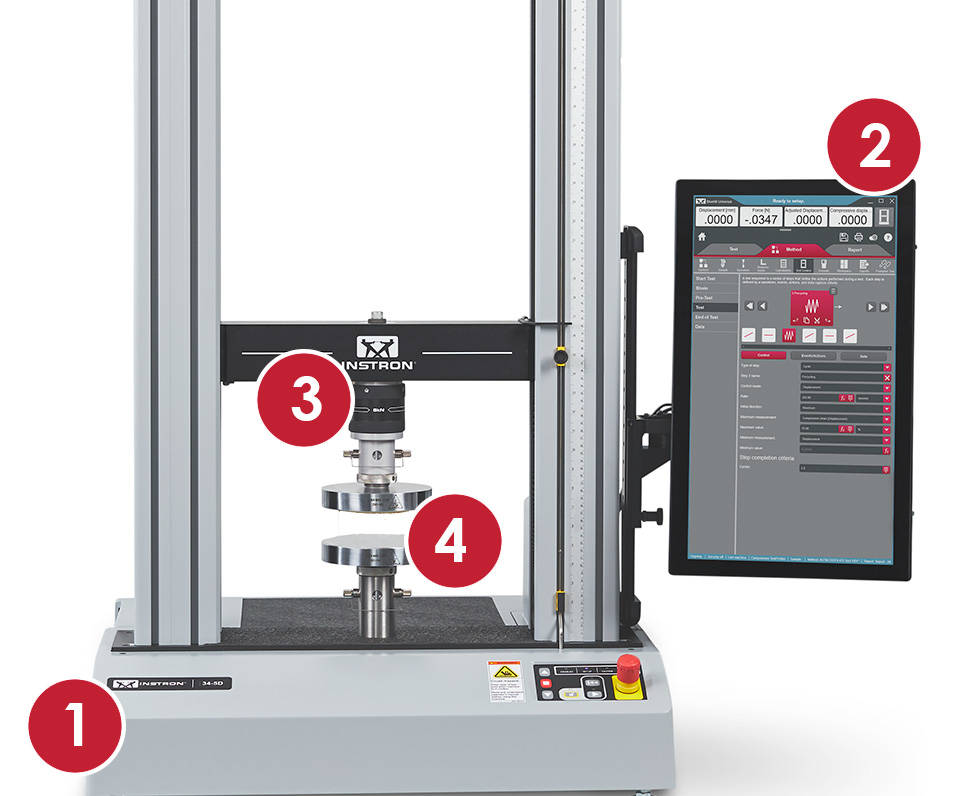 Though not required by the standard, parallelism can be ensured by including an integral spherical seat on the upper platen. Though crosshead displacement measurements are adequate for ASTM D575, those interested in the most accurate deflection measurement should consider using a 2601-04x Series linear variable displacement transducer. 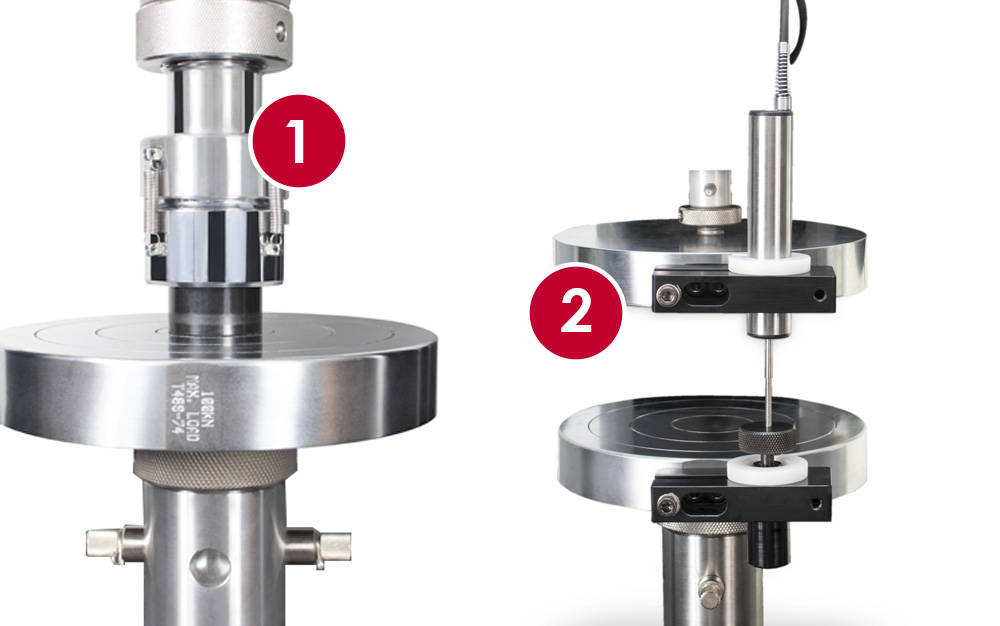 These easy-to-install compression platens are precisely machined fixtures that are designed for even distribution of compression loads during a test.

The 2601 Series Linear Variable Differential Transformer (LVDT) displacement transducers are measuring devices that measure the displacement of the load frames.