Recently, the Instron team had the honor of visiting local schools to support their Science, Technology, Engineering, and Mathematics (STEM) programs.

At the Hardy Elementary Science Night in Wellesley, Massachusetts, we were able to explain the concept of force with a show-and-tell demonstration. We brought one of our electromechanical testing systems with a gripping fixture and asked the students for help. We challenged them to build a structure to protect a rubber duck. We left the shape up to their creative minds but provided them with craft sticks, tape, putty, foam marshmallows, and an Instron duck.  The kids were grouped into teams of three and competed to build the strongest structure. We had teepees, boxes, tubes, and triangles. We were inspired, watching the students work together in hopes of keeping their rubber ducks safe. The Instron equipment allowed the students to see, firsthand, how much force their protective structures could endure. In the end, a teepee structure won, with a maximum load of 224 lbs. (101.6 kg)!  The students, parents, and Instron team alike were so proud to see these creations develop for this tangible science project.

Further down the road, the Instron team volunteered to judge student exhibits in the Boston Public School Science Fair, held at Northeastern University in Boston. However, to impart some wisdom at the same time, we couldn’t help but engage with these young scientists and ask: Could a Jawbreaker candy actually break your jaw? To aid in this challenge, we supplied an electromechanical system with compression platens to break the Jawbreaker candies and compare the maximum force to the force it takes to break one’s jaw. It turns out: a Jawbreaker can actually break your jaw.

We immensely enjoyed participating in these STEM events because strongly we value and love what we do! 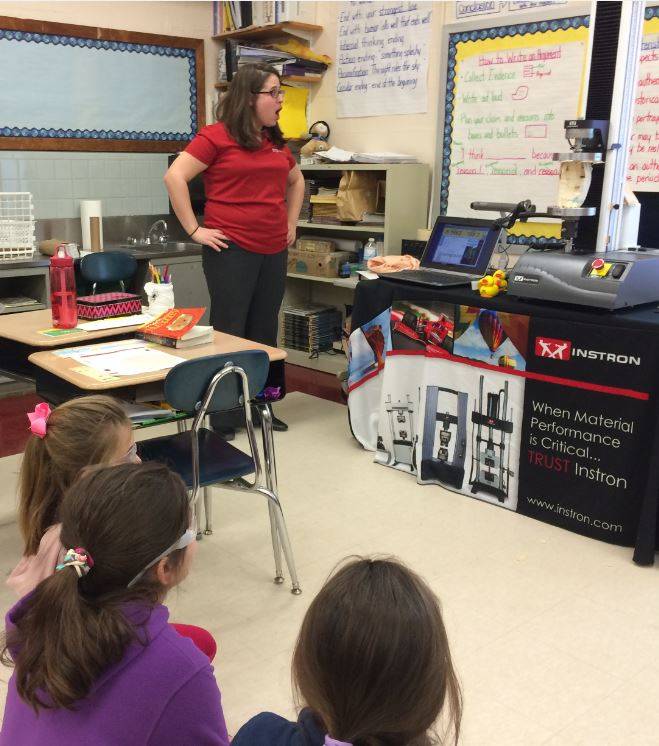