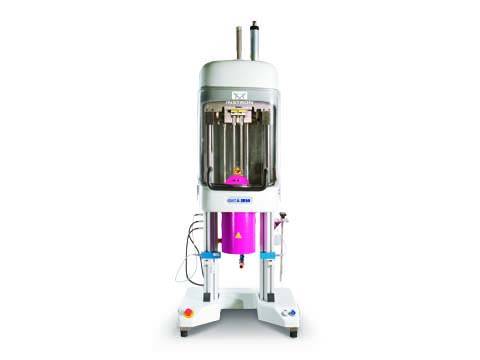 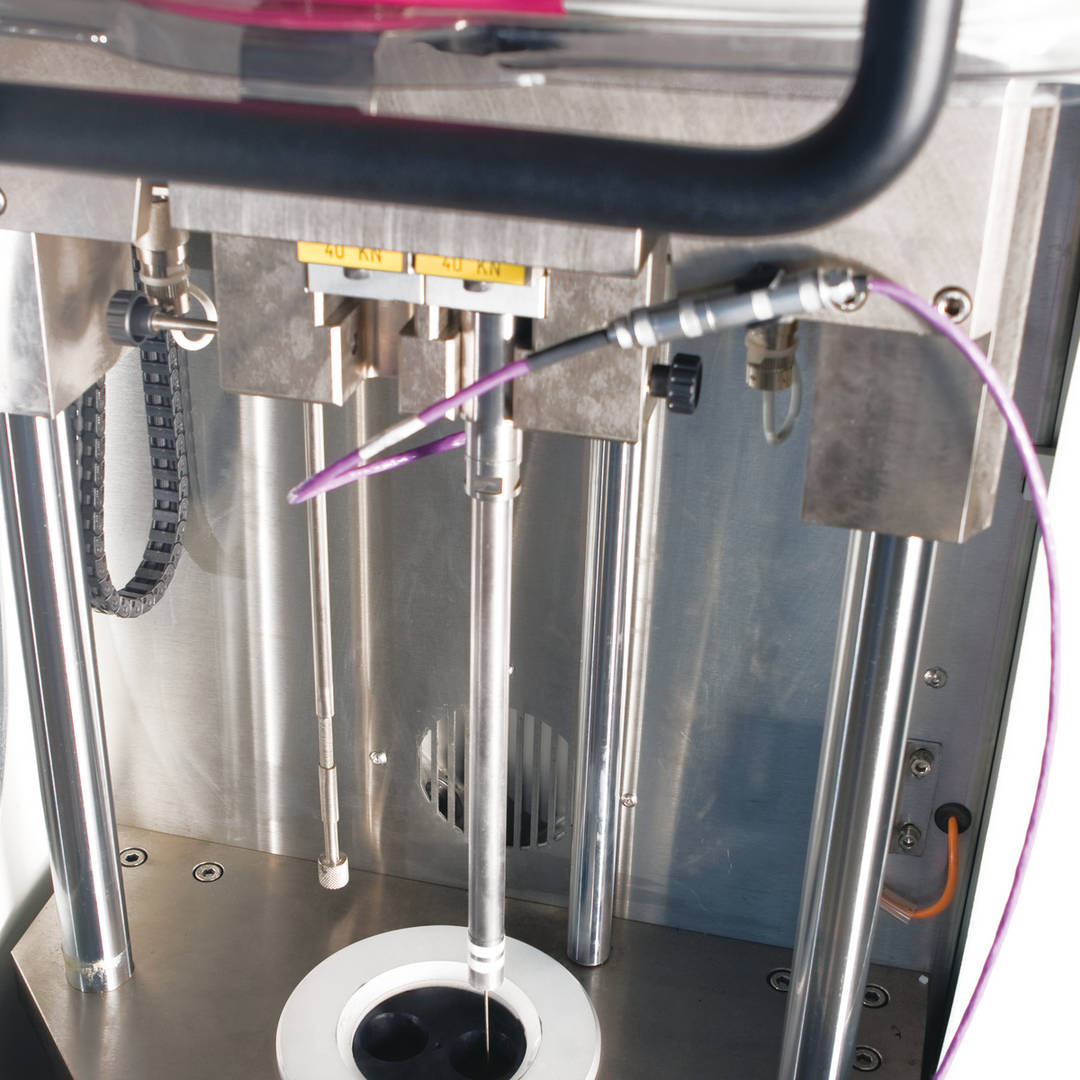 The thermal conductivity of molten plastics is an important material property from the point of view of plastics processing, since it affects temperature distribution and cooling behavior of the melt. This information is vital for reliable process simulation of extrusion and injection moulding processes and can lead to increased productivity and better quality of finished product. Using a dedicated thermal conductivity accessory with the SR50 capillary rheometer and following the ASTM D5930 transient-line source technique, we measured the thermal conductivity of selected samples of Low Density Polyethylene (LDPE), Polystyrene (PS) and Polycarbonates (PC). The measurements were carried out under typical conditions of temperature and pressure for plastics processing, up to 300 °C and 200 MPa (572 °F and 29,000 psi).

The test is performed by insertion of the thermal conductivity probe into the melt. According to the standard, the probe shall be in the shape of a needle with an elevated length-to-diameter ratio, hosting a thermocouple and a heating wire. The diameter of the surrounding sample shall be large enough to allow for a significant heat transmission without striking the boundaries. The test is then executed by recording the heat emitted by the line source and the corresponding heat absorption of the needle. The difference between the two is the heat absorbed by the melt, and can be used as a measure of conductivity. The SR50 configuration that we used is not only compliant with this standard but even with the more restrictive ISO 22007-1. It is also managed by the same Visual Rheo software used to control the rheometer and run other types of tests. Calibration is performed against a sample of known and certified thermal conductivity.

LDPE and PS were tested at temperatures and pressures ranging from 180 to 200 °C, and 5 to 200 MPa. During this transition, we noticed an increase in thermal conductivity of 35% (PS) and 45% (LDPE). Meanwhile, comparing measures taken at the same pressure, the effect of different temperatures was not very significant.

PC saw a significantly reduced thermal conductivity, however, with results showing only a 15% increase between 60 and 200 MPa at 300°C. The PS and LDPE showed increases of 20% and 30% in the same pressure range.

Thermoplastic materials are processed as fluids under the effect of temperature and pressure. The ability of plastics to be formed into a wide variety of shapes, by the common plastics conversion processes, has a fundamental importance in polymer science and application. The innovative Instron® line of CEAST SmartRHEO Series of Capillary Rheometer systems are designed for an accurate investigation of the rheological properties of polymeric materials.