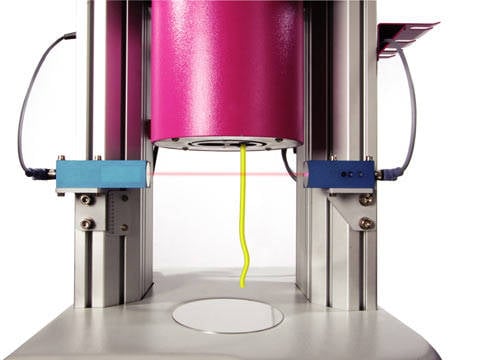 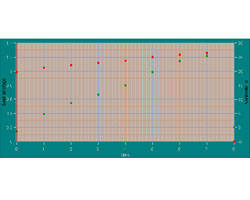 Die swell, also known as extrudate swell, is common in plastics processing, especially in polymer extrusion, in which a stream of polymeric material is forced through a die to manufacture the proper sample geometry. This is related to the elasticity of the polymer due to the possibility of the macromolecular system to contract and expand: when the random coil of macromolecules enters the capillary die it undergoes a contraction which, after partially relaxing in the capillary, is recovered at the outlet, when the restraining effect of the capillary ceases. The effect of swelling can be very strong, in particular with polyolefins (polyethylene, polypropylene) or very low polyamides and polycarbonate (polyesters). The effect of swelling is critical in some polymer processes, particularly blow moulding, in which either inadequate or two much swell can cause processing problems and defects in the finished product. ISO 11443 specifies a method for the measurement of die swell through the accessories of capillary rheometers.

We were asked to perform a die swell test. Choosing our Die Swell Tester Accessory of our capillary rheometer, we performed the test on a sample of LLDPE filled with calcium carbonate. The measure is performed by using a laser system placed below the capillary die, that measures the diameter of the extrudate. As the shear rates increased, so did the die swell data. This showed us a 25% increase in diameter at the processing shear rate. By measuring the die swell with different capillary dies at various temperatures, which are the main parameters affecting the elasticity, we were able to suggest the most suited process conditions to obtain the desired finished product shape.