The term 'gauge length' refers to the part of a test specimen actually being measured for elongation during a tensile test. Depending on the material being tested and the ASTM or ISO standard being used, the gauge length might be taken as the distance between the grips of the universal testing machine or as the portion of the specimen being measured by a strain device such as a non-contacting video extensometer.

'Gauge length' is also used as part of the calculation for strain. In this case, the term refers to the original length of a specimen before the test starts.

Gauge lengths tend to be standardized based on the size and type of specimen being used. Many testing standards allow for multiple specimen shapes, the most common being dog bone shaped and straight (parallel) specimens. The dog bone shape allows specimens to be less affected by gripping and system compliance. In a compression test, the platen height and gauge length will always be identical when the test starts at the same height as the specimen. 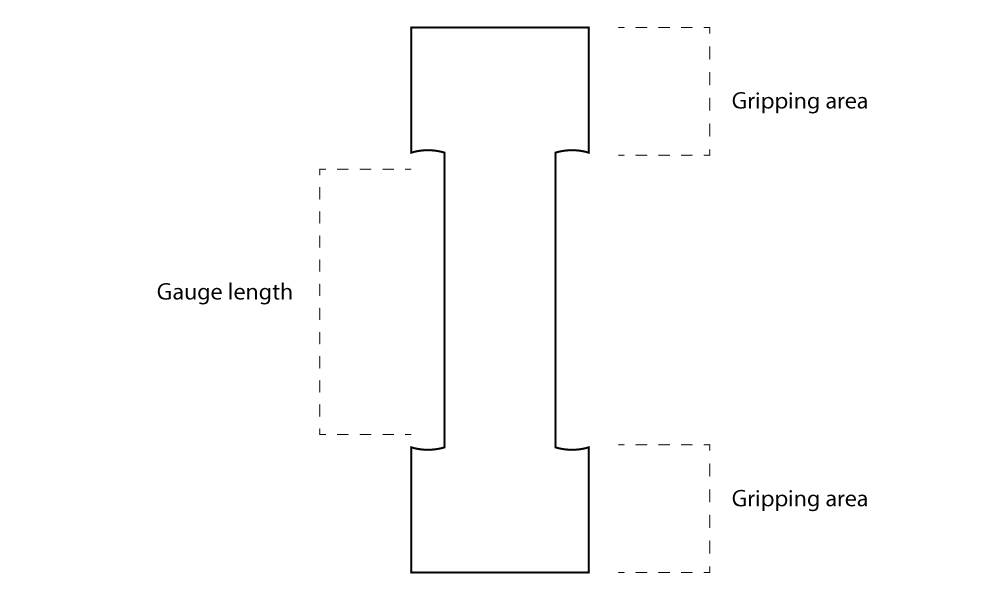