Since the first materials testing machines were used for tensile testing of metals, one option of performing the test has been to control the rate at which you apply load to the specimen, or apply stress. This technique has been successfully used on manual hydraulic machines from the beginning of the 20th century, if not before. Manual valves are opened to adjust the flow rate of oil into the actuator; the loading rate is then checked against a large force dial. Once the desired stressing rate has been achieved, the values are left at the same setting so the flow of oil remains constant. This enables the testing machine to run at the same crosshead separation rate for the remainder of the test, or until the test is expedited. 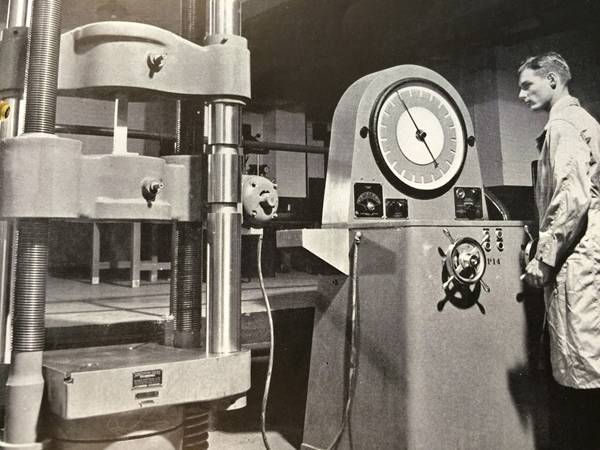 The same test method is still used in major metals tensile testing standards today, e.g. ISO 6892-1 & ASTM E8. When using a modern test system with electronic controllers, the test setup needs to be slightly different. If the control mode for calculating proof stress is set as "tensile stress" (or similar), the machine will try to continually increase the stress at the rate you requested. During yielding, this can result in the crosshead speed increasing exponentially, resulting in far higher strain rates. When testing strain rate sensitive materials, this can lead to large proof stress discrepancies.

To overcome this, testing systems are set up so that the first stage of a test is in stress control. Once the correct rate is achieved, the crosshead speed is then calculated and locked in. This enables the machine to operate in an equivalent manner as their older hydraulic counterparts.