ASTM D1894 is a standardized test method used for determining static (μ_s ) and kinetic (μ_k ) coefficients of friction of plastic film and sheeting. Plastic film is a widely used material in the packaging industry and includes many types of food packaging (produce bags, carton liners, meat seal wrap) and non-food packaging (envelope liners, potting soil sacks). Plastic films are also used for by other industries to produce items like trash bags, construction liners, and I.V. bags. In order to ensure that they perform as expected for the end user, the frictional properties of these films must be characterized and controlled.

When testing thin films to ASTM D1894 it is important to use a test machine with a high data capture rate. Because test events can happen quickly, a machine with a low data capture rate may miss key peaks and troughs in the data, leading to an inaccurate average strength value. Instron’s 6800 series test frames are capable of data capture up to 5 kHz to ensure that all test events are captured. For ASTM D1894 testing we recommend a 6800 series single column frame equipped with a low force (5 – 100 N) 2530 series load cell (depending on the expected frictional forces). 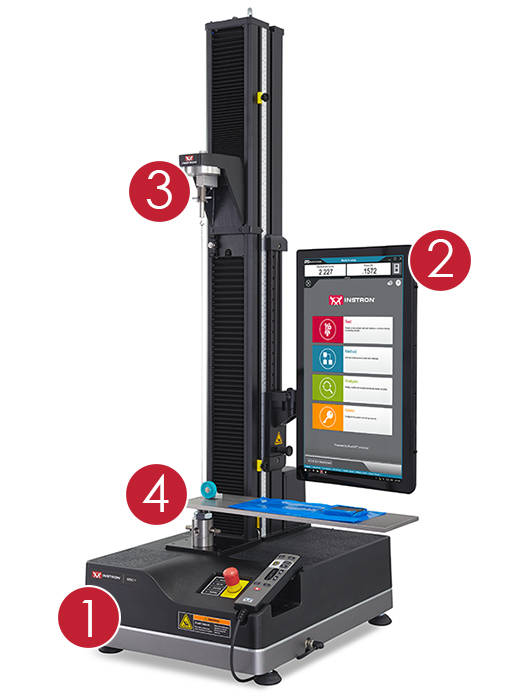 This test requires the use of Instron's 2810-005 Coefficient of Friction fixture, which is specifically designed to meet the requirements of ASTM D1895 and ISO 8295. The film under test is secured on a flat surface and a sled of known weight is wrapped in the same material. The motion of the crosshead drags the sled along the film being tested and the force measured is used to determine both the static and kinetic coefficients of friction. Complete details on how to perform this test can be found by reading the full  ASTM D1894 standard.