Standard At A GlanceMaterialsTest TypesStandard
MIL-STD-883 is a test method used in the semiconductor and microelectronics industry to determine the integrity of the connection between a semiconductor die or surface mounted passive elements to package headers or other substrates. This determination is based on the measurement of adhesion force between the die/package and the substrate, and is useful for testing microelectronic components or electronic packages such as IC chips, BGA, QFN, CSPs, and Flip Chips. MIL STD 883 is an ideal method for measuring the shear force required to to initiate failure of glue, solder, and sintered silver bonded areas.
Materials Testing Equipment

For die shear testing we recommend an Instron 6800 Series single or dual column system with Bluehill Universal software. 6800 Series systems are recommended due to their high crosshead displacement accuracy. 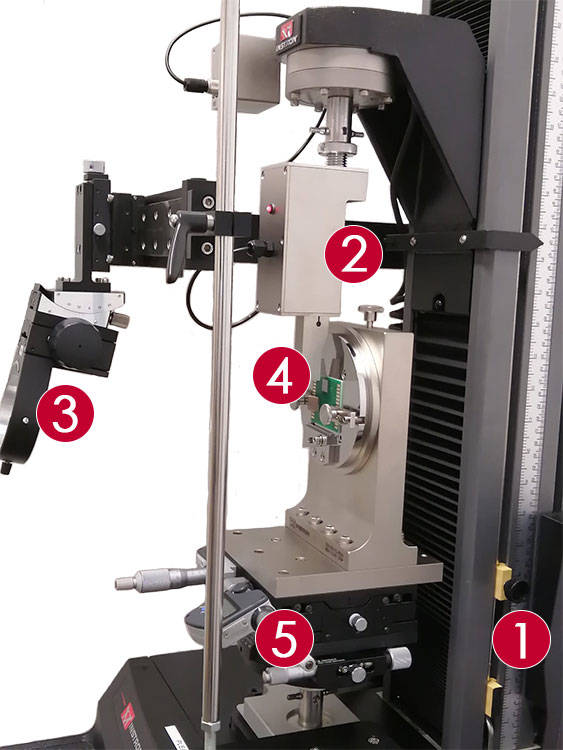 Using the x-y-theta stage CP127130 or S4752A, user can accurately adjust and align the position and angle of the die/package edge with respect to the edge of the shear tool. The angle plate and clamp fixture S4781A has a theta stage that can self-align the shear tool’s front face with the face of the die contact edge to ensure that the shear force is applied uniformly. The shear tool head fixture has a built-in touch sensor that enables it to precisely detect the point of contact between the shear tool and the substrate surface. This allows for accurate positioning of the shear tool above the substrate. The shear tool is interchangeable for different shear tool widths, and elevated temperature shear testing can also be performed by adding a hot stage (CP127131 or S4761A). In general, bond adhesion degrades with increased temperature, so it is essential to qualify bond strength as a function of temperature. 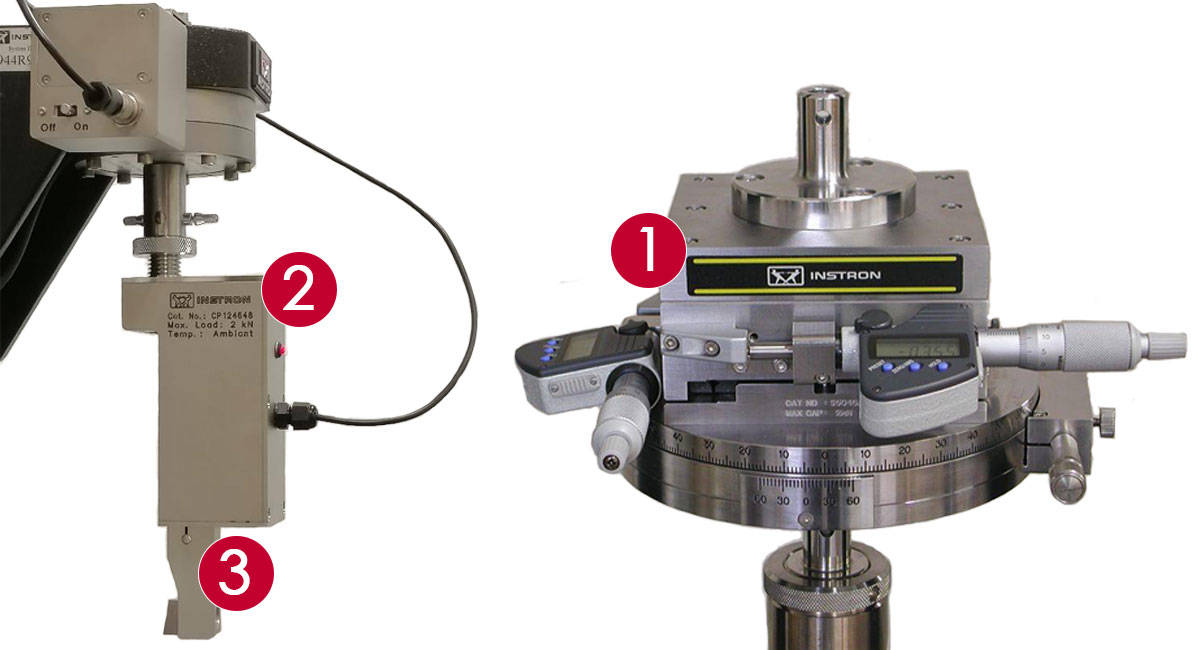 The biggest challenge in MIL STD 883 testing is to ensure that the shear head applies a uniform force distribution to an edge face of the die and to ensure that the die contact tool is perpendicular to the die mounting plane of the header or substrate. This can be even more critical when testing a die that is large or thin; as the die becomes larger and thinner, the relative size of the die-shear tool contact area against the bonding area will decrease, which can result in the stresses created by the shear tool being higher than the yield strength of the die. This will cause it to splinter or shatter before the bond is tested. Instron’s fixturing for testing to MIL STD 883 incorporates a design able to help overcome this challenge while also allowing for temperature testing. To read this standard in full, purchase MIL-STD-883.