Note: The list of features shown below is intended to highlight significant enhancements included with each software version release. For a complete list of enhancements and modifications by version, please reference the Bluehill Universal Release Notes, which is stored within the Instron folder accessible from Windows Start. If Bluehill Universal has not been installed, please contact us to request the Release Notes. 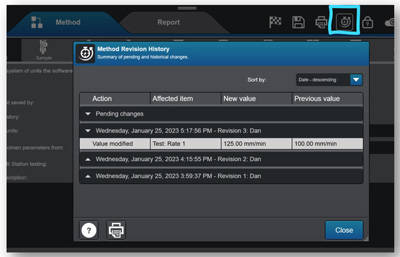 *Qualified means the product is tested and fully supported.