“Not only can I set up my tests more quickly and easily than before, but the speed and simplicity of the system makes me trust that the system works as expected straight away.”

As a German start-up company, INNOPROOF is already becoming a household name for any company seeking expertly conducted testing for the qualification of biomedical implants.

With 10+ years of experience and publications in the orthopaedics and traumatology fields, Dr. Zietz and Dr. Kluess founded INNOPROOF in Rostock, northern Germany. Having begun their journey at the University of Rostock, where they are associate professors,the founders recognized there was an unmet need for a testing services company that was able to respond quickly and accurately to the rigorous needs of the medical devices industry.

With support from the university and the local region, the founders set up a company that utilized their knowledge and met the stringent needs for traceability, accreditation, and testing knowledge that they knew their customers required.

With a strong reputation in the field and a booming customer demand, they were already looking to add capacity to the six testing machines which they had originally purchased: “In the first two years, we started getting bigger and bigger testing contracts- we were approaching 100% usage of our existing six machines,” said Dr. Kluess. “Our forecast of testing rounds was such that we felt we needed six more machines to meet it with the speed and precision we have become known for."

Specializing in the testing of implantable medical devices under fatigue conditions - INNOPROOF laid out its priorities for the next six machines they needed to purchase: “The first six systems we purchased weren’t from Instron, but we had workedwith Instron Servo-Hydraulic equipment in the past. We decided to ask Instron and two other suppliers to quote so we could understand what was available,” said Dr. Zietz. “Although we invited you [Instron], we knew it would take something special forus to consider a new supplier.”

“What really impressed us was how willing Instron was to partner to find the best solution for us. It gave us the confidence that we could go from having a new system to working securely and independently in no time at all.” 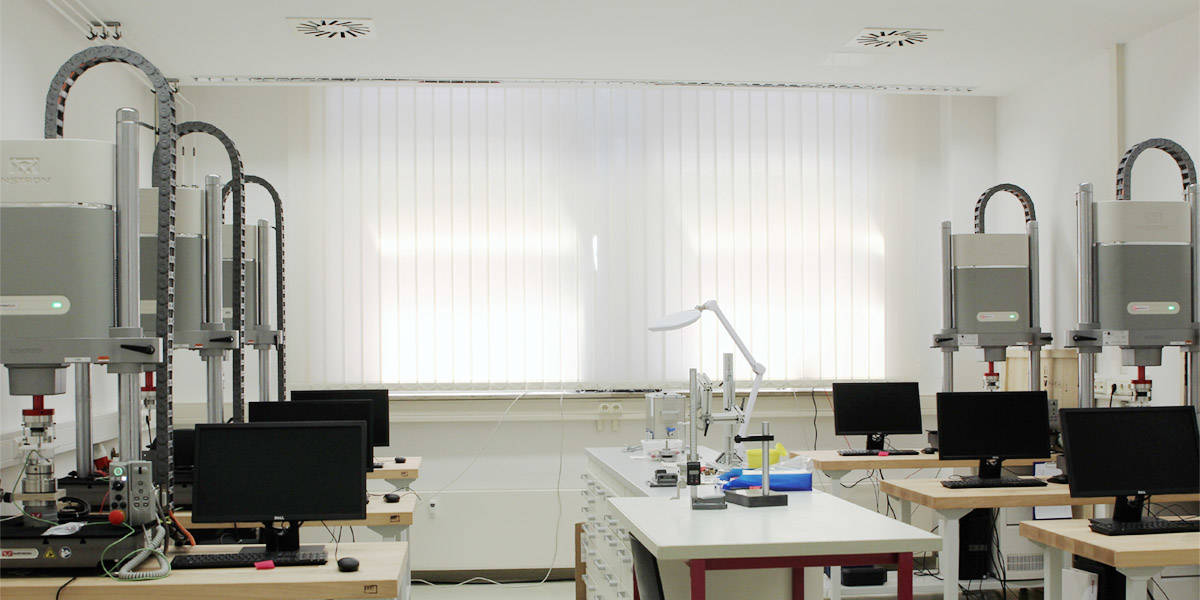 One of the main tests INNOPROOF specializes in is breast implant testing: this test can be demanding on dynamic testing machines because it is a load-control requirement, while operating on a very compliant specimen - this requires good controller performanceand a large actuator stroke. “We knew the Instron ElectroPuls was well known for dental implants testing, but what impressed us was how well it coped with the breast implant tests,” said Dr. Kluess. “As we understood the ElectroPuls’capability, it became evident that the system could easily handle the test requirements plus the requirements of many more tests we offer for other medical devices."

The INNOPROOF team had the chance to see their specimens tested in an E1000, having set up a machine in their lab and running a test on one of their specimens in just a few minutes. As a result, they narrowed down their choice to either an E1000 or anE3000. “What really impressed us was how willing Instron was to partner to find the best solution for us. It gave us the confidence that we could go from having a new system to working securely and independently in no time at all.”

In the end, although the testing forces were typically suitable for an E1000, INNOPROOF opted for E3000 systems for their labs, recognizing the benefit of the system’s additional flexibility for future testing.

“As we understood the ElectroPuls’ capability, it became evident that the system could easily handle the test requirements plus the requirements of many more tests we offer for other medical devices.”
The Results

After the purchase of their new systems, INNOPROOF utilized Instron’s technical support and local service engineers to install, commission, and calibrate their systems, ready to be up and running for customer tests as quickly as possible. “Yourspeed really made a difference - we were surprised by how quickly you delivered the systems! Our E3000s were up and running tests in just a few weeks from the first purchase order,” said Dr Kluess. “The thing we valued most about workingwith Instron is that everything met or exceeded our expectations - from the product capability to the final installation. It’s easy to talk about a quick delivery, but it’s much harder to follow through on it like Instron did.”

Their biggest surprise was the impact the machine’s tuning had: “Not only can I set up my tests more quickly and easily than before, but the speed and simplicity of the system make me trust that the system works as expected straight away,”said Dr. Zietz. “I guess you could say the biggest surprise is that there are no surprises when using my ElectroPuls.”

With all this new capacity, INNOPROOF’s growth plans are well underway - their next steps are cementing their partnerships with their customers by providing more and more accredited tests and moving to their own building.