ASTM F543 is a testing standard used exclusively in the biomedical industry that defines specifications for metallic medical bone screws. Bone screws are used in surgical procedures for securing implants, osteosynthesis devices, and fracture fixation plates to the skeletal system. In normal clinical use, a surgeon applies combined axial and torsional forces to implant a bone screw into the body. Bone screws are designated Class 2 FDA devices, requiring significant testing and analysis  of mechanical properties prior to approval and release.

ASTM F543-17 includes multiple annexes which address the properties related to the functional use of bone screws and the axial torsion forces associated with their use. The standard also includes geometric specifications for the design of these devices. The annexes include both purely torsional as well as biaxial testing for a complete evaluation of these devices. To read the standard in full, purchase ASTM F543. 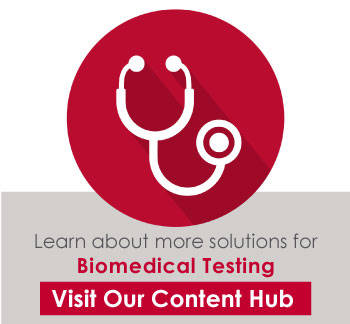 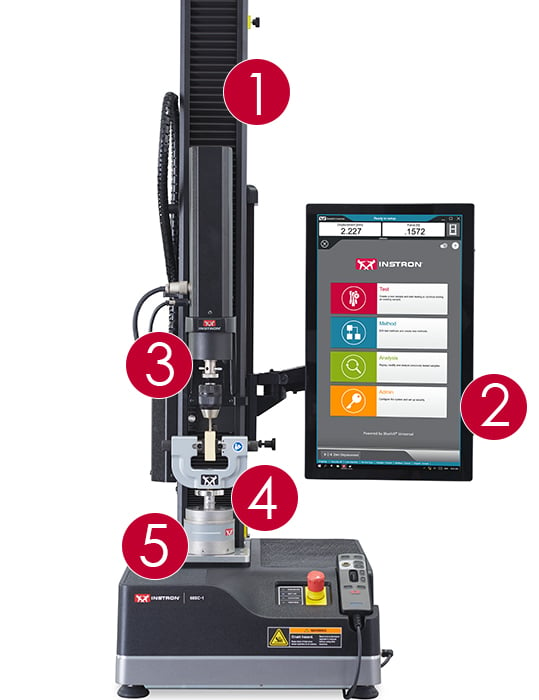 ASTM F543 generally requires the use of simulated bone per the standard, which is typically held in place with either side action grips or a customized fixture depending on the geometry of the simulated bone. A drill chuck will hold the screwdriver bit to either engage or disengage the screw. For the axial pull-out test, a custom fixture is needed to grab the head of the screw and pull it out after reaching a predetermined level of thread engagement. A biaxial load cell is needed, with a 1 kN 25 Nm capacity generally being sufficient for this kind of testing.