ASTM D3410 is a testing standard that determines the in-plane compressive properties of polymer matrix composite materials reinforced by high-modulus fibers. This test method is designed to produce compressive property data on CFRP’s (Carbon Fiber Reinforced Polymers) mainly used by the Aerospace industry for material specifications, research and development, quality assurance, and structural design and analysis. Carbon fiber reinforced polymers are a preferred material whenever high strength-to-weight ratio and stiffness (rigidity) is required, such as when building aircraft, ships, and automotives, as well as in civil engineering. CFRPs are also being used in an increasing number of consumer and technical applications, such as in sporting equipment.

ASTM D3410 testing requires an S4690A IITRI Compression Fixture, which is placed between two platens - a spherical platen on top, and a rigid one on the bottom. Through the wedge action of the test fixture, the compressive force is initiated through shear onto the specimen, (different than the end loading in ASTM D695, for example). 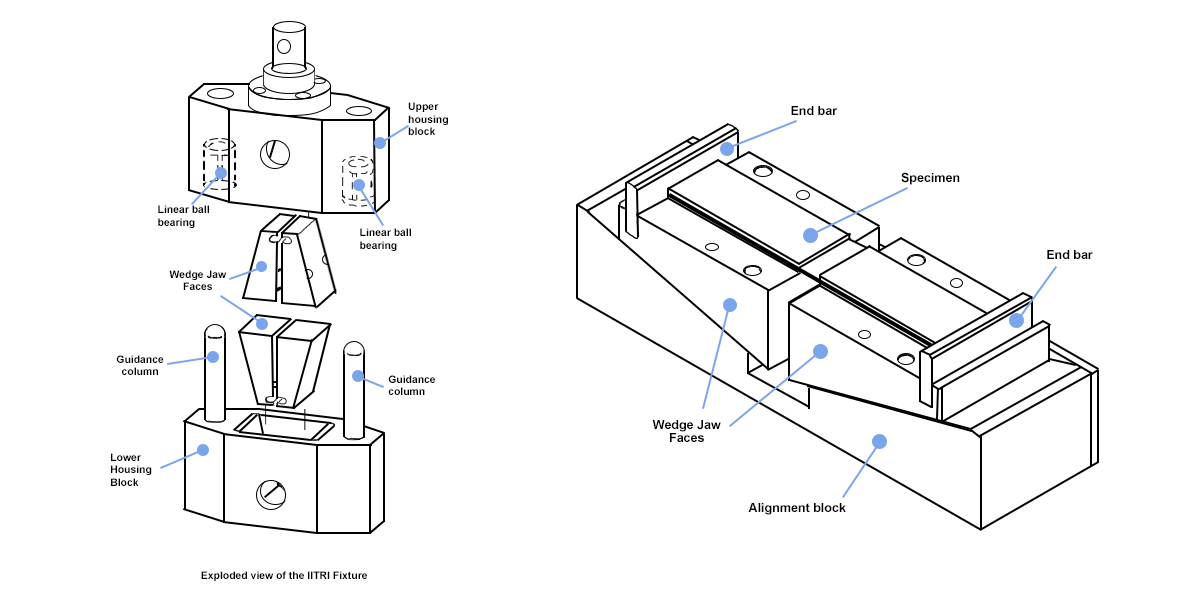 This test is best performed on a high force universal testing system such as Instron's 5980 Series along with an AlignPRO fixture. Though a 250 kN capacity system is usually sufficient for composites, a higher capacity system may be preferred for labs who perform a wide variety of high force testing. Instron offers several fixtures for the compression testing of composites without anti-buckling guide plates. This is often the preferred way of testing composites, as the free unsupported gauge length is more representative of true compression behavior.

Instron’s universal testing machines are designed to perform the most common types of testing used in the composites industry, including but not limited to in-plane tensile, through thickness tensile, interlaminar shear, compression in end, shear, or combined loading, and compression after impact.