A peel test is a basic form of mechanical testing that measures the properties of an adhesive bond. Peel tests involve applying a tensile force to a flexible substrate that is bound by an adhesive to either another flexible substrate (such as tape, thin film, or rubber) or a rigid substrate (such as metal, rigid plastic, or composite). Common results from a peel test are initial peak force, average force over the seal, and peel strength (average force per width of the specimen).

Peel testing is critical for evaluating the seal strength of various adhesive bonds. Some bonds, such as those that seal consumer packaging, are intended to be break at low forces, while others, such as those used in automotive applications, must withstand extreme conditions. When manufacturing adhesives and substrates, it is critical to have a thorough understanding of how your bonds will function in their end-use applications. Environmental conditions and specimen conditioning also play a significant factor, as temperature conditions over time can affect the strength of an adhesive bonds.

Peel tests are performed on universal testing machines that consists of a test frame that is equipped with a load cell, testing software, and application-specific grips and accessories. Many peel tests require the use of a specialized test fixture that maintains the specified peel angle throughout the test. 180° and T-peel testing require only tensile grips. The type of test and the material being tested will determine the type of accessories needed, and a single machine can be adapted to test any material within its force range simply by changing the fixturing. 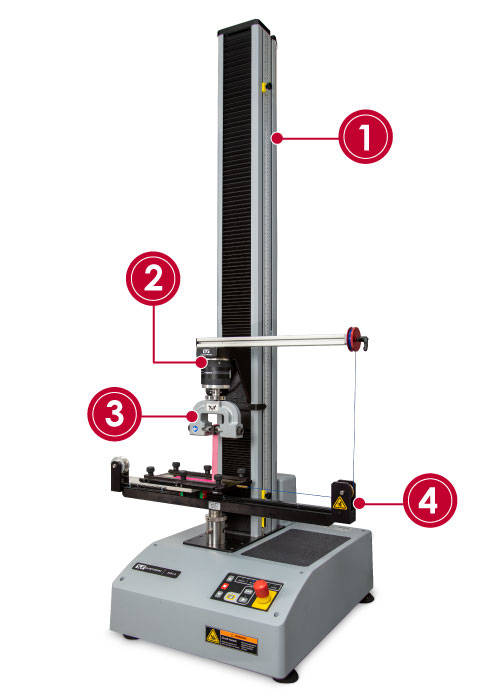 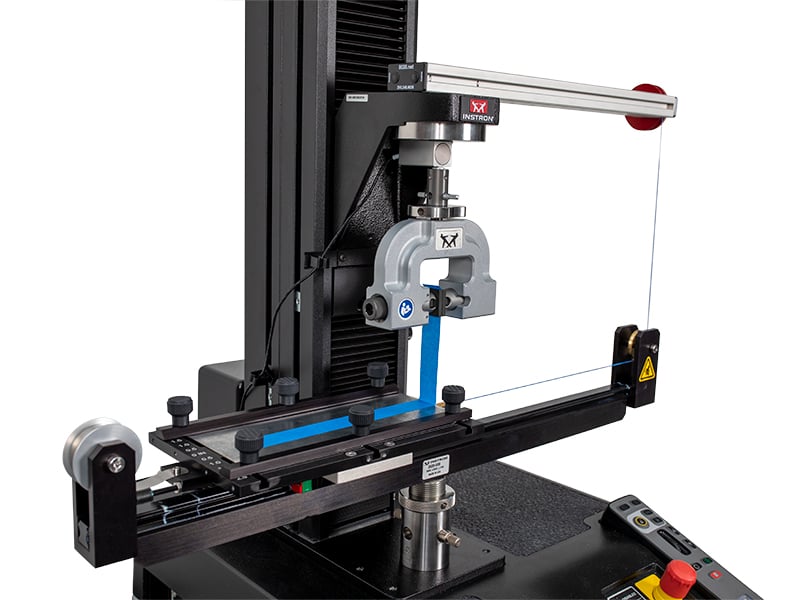 
The 90° peel test fixture consists of a bearing-mounted sled that is linked to the testing machine’s crosshead by a cable and pulley system. This fixture has a T-slotted sled that allows the substrate clamps, which secure the substrate to the sled, to adjust to a variety of substrate widths.
More Info 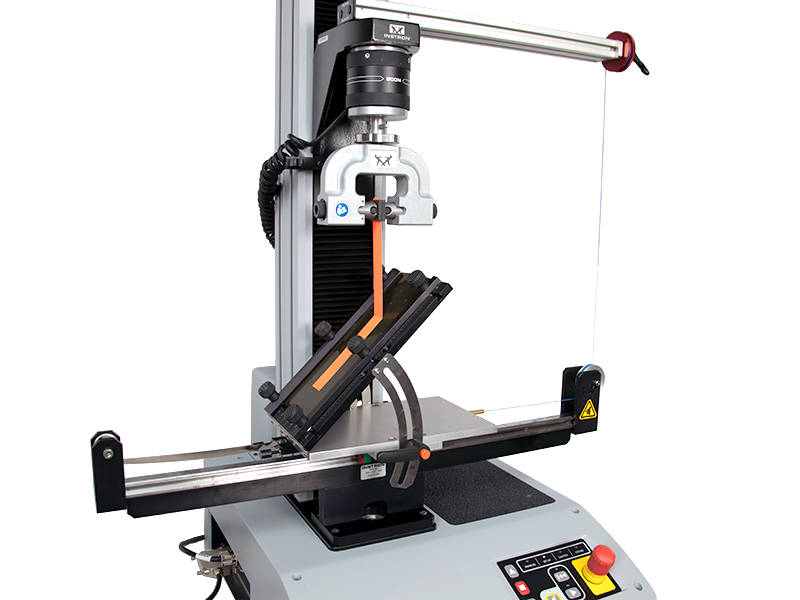 
The variable angle peel test fixture consists of a bearing-mounted sled that is linked to the testing machine’s crosshead by a cable and pulley system. This fixture has a T-slot sled onto which you secure the substrate material. The T-slots allow the substrate clamps, which secure the substrate to the sled, to adjust to a variety of substrate widths. 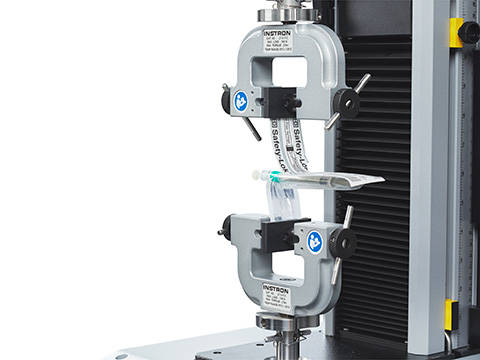 
The T-peel test is performed on two flexible substrates that have been bonded together, such as the packaging of a medical or consumer device. The ends of the substrates are pulled apart using tensile grips. This setup forms a “T” shape. 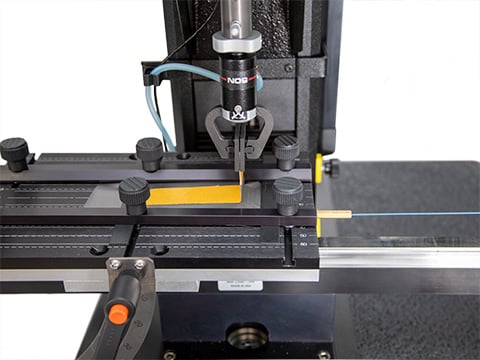 
The 90° peel test is used to compare the bond strength of various adhesives between a flexible and rigid substrate. While a grip pulls the flexible substrate in the tensile direction, the rigid substrate is secured to a sled that moves laterally to maintain a constant 90° angle. 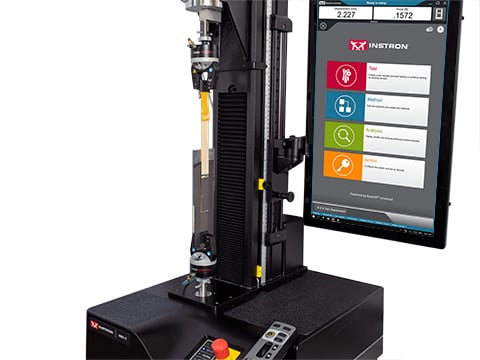 
The 180° peel test attaches a specimen to a rigid substrate (plate), which is oriented vertically and held in place by the lower tensile grips. The end of the specimen is attached to the upper tensile grips. This setup allows tensile forces to be applied at a 180° angle. 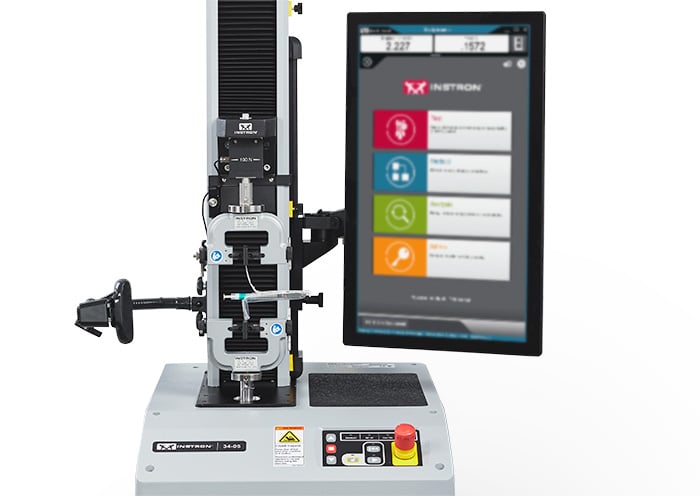 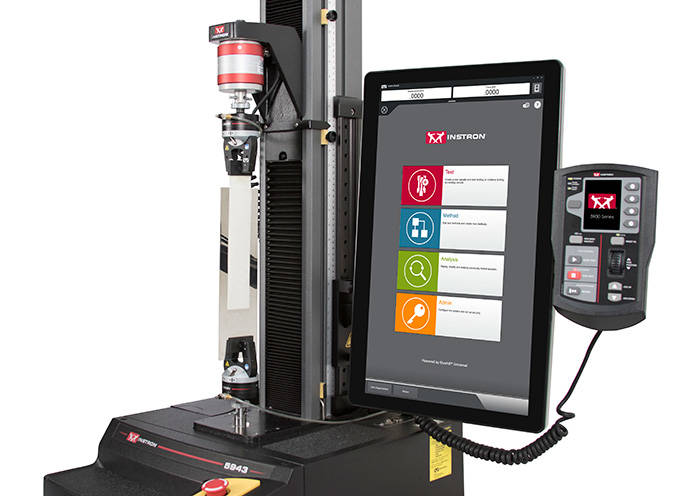 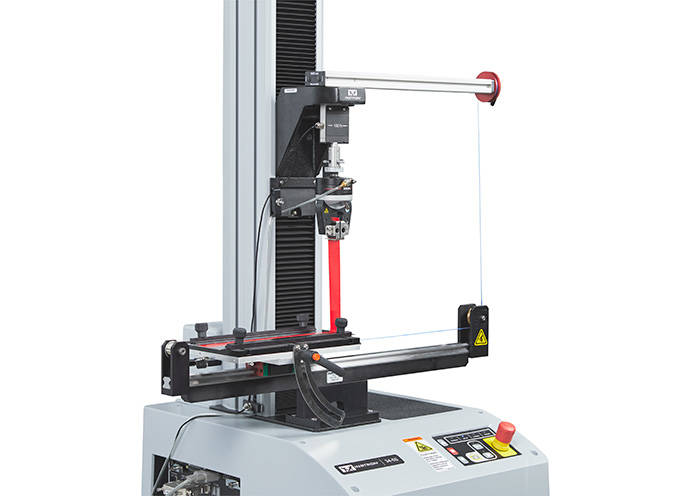 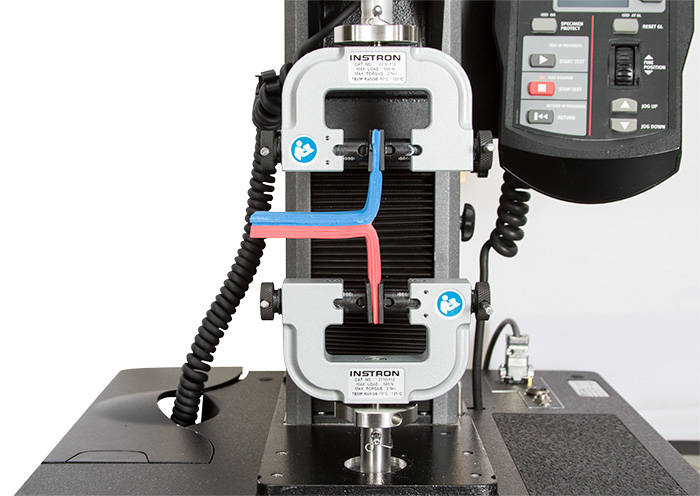 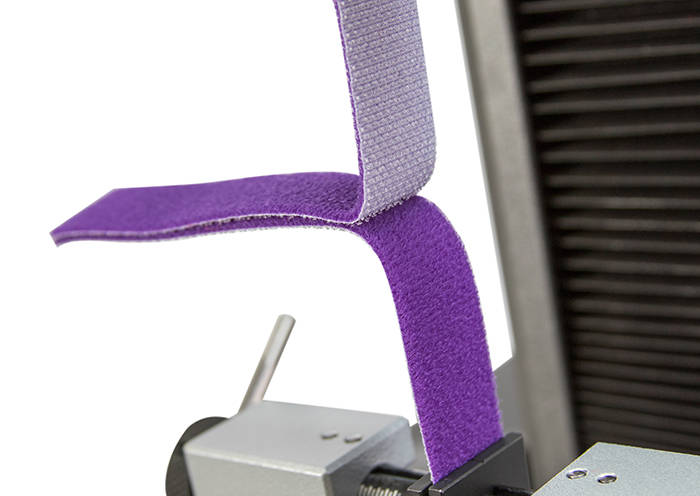