In March 2020 as the Covid-19 pandemic escalated, Battelle reached into their 2015 FDA study, which proved that vapor-phase hydrogen peroxide (VPHP) was effective in decontaminating N95 respirators in the event of a pandemic. The study exposed N95 respirators to a specified level of VPHP through multiple decontamination cycles, without affecting the mask properties.

Due to the severity of the Covid-19 pandemic, Battelle were able to fast track the interfacing of the Battelle CCDSTM with their relevant departments, and put plans in place in than less than a month to build the CCDSTM and deploy to USA hot spots where PPE shortages emerged due to the explosion of infections and hospitalizations. 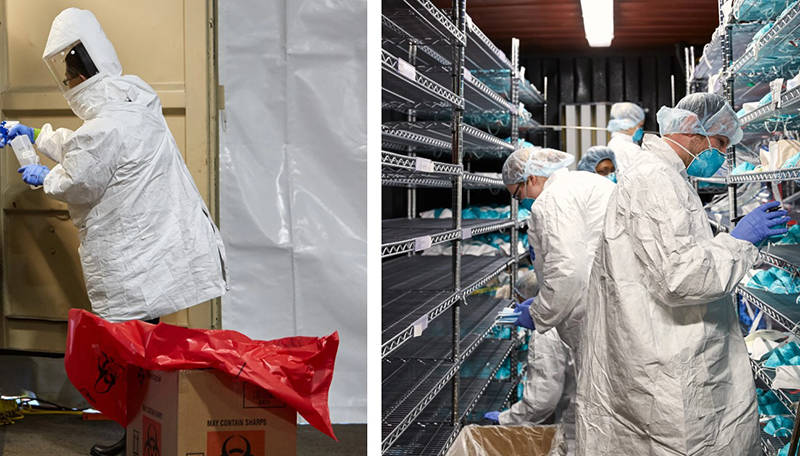 During this study, Battelle were also using their Instron systems to perform mechanical tests on N95 respirators, testing to show that the mechanical properties of the straps were retained after multiple decontamination cycles. During this critical time, Battelle were in the process of upgrading the software on their Instron systems for new Windows 10 based PCs. Instron were able to provide a quick response for these upgrades, allowing Battelle to quickly resume their testing of N95 respirators.

Like Battelle, Instron has a rich history in materials testing and has supplied Battelle with a number of different systems over the years, the first system being in the 1950s (Old Blue was her name with tube-based electronics), 1970s (new analogue electronics), 1990s (new digital systems with standalone computers), and the 2010s (touch-based user interfaces and uniquely capable control software).

Due to Instron’s flexible software and strong support staff, Battelle were able to perform their critical work and to develop unique tests to fully evaluate materials being cleaned in their new CCD systems and, ultimately, providing reusable PPE for frontline hospital workers in hot spots around the United States.